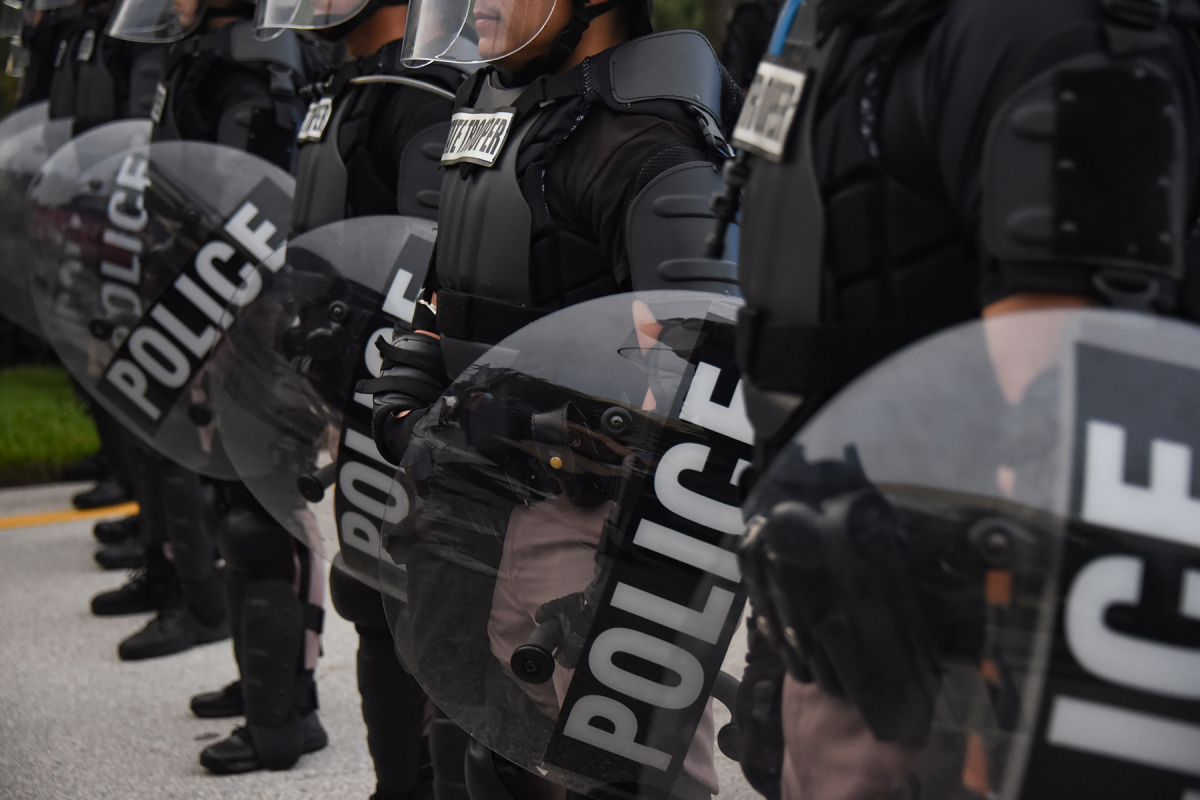 As protests over police brutality and systemic racism continue in the wake of George Floyd’s death, there have been growing calls to defund the police. But what exactly does that mean? “Defund the police” just means divesting funds from policing departments and reinvest them in other community resources and institutions such as education and health care. The concept focuses on exploring alternatives to emergency response that won’t center around policing.

Exploring alternatives to emergency response that won’t center around policing.

Police do too much where they are not needed. They’re expected to resolve arguments between family members, move the homeless from doorsteps, answer suicide calls, and solve school disciplinary issues that the school is unable to resolve. What if every community had a team of public servants who respond to these situations by de-escalating and mitigating harm? These same people would also bring about and foster public safety in the community on a daily basis.

Recently, nine members of the Minneapolis city council announced they intend to disband the city’s police force entirely. Council President Lisa Bender told CNN, “We committed to dismantling policing as we know it in the city of Minneapolis and to rebuild with our community a new model of public safety that actually keeps our community safe.” Bender said the council still needs to discuss what to replace police with, but that the city would funnel money from police into “community-based strategies.” She noted, too, that most 911 calls are for mental health services, health or EMT and fire services. In this case, instead of funding a police department so they answer all calls with armed strangers, a sizable chunk of a city’s budget would be invested in communities, especially marginalized ones where much of the policing occurs.

Cities could create a new organization of public servants, such as social workers, therapists, victim advocates, and addiction specialists who respond to the calls they are qualified for and leave the violent and dangerous calls for the armed police to respond to. Police are not the ideal responders in cases of 911 calls that involve a person’s mental health, mental health experts are. An excellent example of that working perfectly is in Dallas, Texas where they have been sending social workers to some of the 911 calls that appear to be related to mental health.

There has been a groundswell of support for community policing and diversifying police departments for decades and some departments attempted to diversify but adding black officers to a department is not going to solve the systemic issue of police brutality throughout the US. Minneapolis had implemented progressive reforms such as community policing and bias training before George Floyd’s death, but he was still killed by a police officer, as three other police officers looked on. Focusing on diversity with individual officers to solve police brutality isn’t going to be the answer. Perhaps taking a look at the broader structure and its flaws is where we should be concentrating efforts. We could start focusing on more broad changes by reducing the power of police unions. In Minnesota, the powerful police union impeded reformation of that department when union arbitrators sided with fired police officers almost 50 percent of the time. With citizens applying pressure on elected officials to implement police reform the political pressure could actually outweigh the influence of police unions.

People of color want accountability and safety while transforming how they get there. Defunding the police is an approach to that idea. Defunding police on a large scale hasn’t been done before, so it’s tough to say if there would be an uptick of reported crimes, but there is evidence that less aggressive policing can lead to less crime. A 2017 report, which focused on several weeks in 2014 through 2015 when the New York Police Department purposely pulled back on “systematic and aggressive enforcement of low-level violations” and heightened police presence in areas where “crime is anticipated,” (exactly what the protestors are against) and recorded the crime complaints. There were 2,100 fewer crime complaints during that time of less aggressive policing and less targeted policing
of neighborhoods with a majority of people of color.

A few years ago it might have seemed radical for an American city to respond to some emergencies with experts who are unarmed with the intent to mitigate harm (rather than handcuff and arrest people) so the jails will not continue to pump people in who are non-violent offenders and, at an alarmingly high rate, drug addicts and the mentally ill. Radical thinking then, but now we are talking about it.